Why Should You Care About Apple iPhone7, AirPod Earbuds 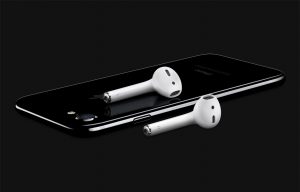 When Apple announced its plan to do away with the 3.5mm headphone jack in the upcoming iPhone 7, it raised many concerns and great disdain from fans of the device.  People love their headphones—they want music, media, and more—and many are simply not a fan of wireless headphones. Indeed, fully wireless technology is not always attractive. Bluetooth can be, admittedly, buggy; and other forms of wireless connectivity can receive interference from other machines or from the machines they are interconnected with.  Of course, wireless technology can always simply refuse to connect.

And fans of traditional ear buds would probably also say that they simply appreciate the tactile feel.  There is a bit of a ritual when taking them out, putting them on, taking them off, wrapping them up, and putting them away; and ear buds without wires are just going to be something too weird to get used to.

I, for one, hate wires.  The fewer the cords the better, but I still find merit in having the 3.55mm jack as an alternative to wireless/bluetooth technology.

But Apple is over it; and they are not letting anyone change their minds. Hence: the AirPods.

But here is why you might want to invest the $159 when the AirPods go on sale next month.  The AirPods have a special W1 chip installed that let you do more than just listen to music:

ArcelorMittal Lowered to D+ at TheStreet