US Commerce Department Reports Slip in Durable Goods, in August 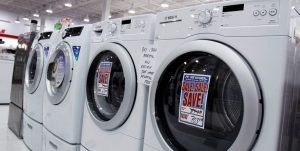 Factory output in the United States is down, slightly, in August, with a fewer major manufactured goods. This is also largely due to a 21.9 percent slip in orders in the extremely volatile commercial aircraft industry. In addition, durable goods orders fell mostly flat, down $85 million (now at $226.9 billion), according to the US Department of Commerce.

Accordingly, American manufacturers have seen smaller and smaller demand in recent years; a major slowdown, of course, for the economy as a whole. While the dollar remains strong, its steadiness continues to hurt exports. Furthermore, lower energy prices have also reduced the number of equipment and pipeline orders: slipping 0.6 percent, so far this year, down to $1.8 trillion.

Perhaps the only ray of light is business investments—excluding aircraft, of course—which has improved 0.6 percent for the third straight month. And with the increase in capital goods, there could be significant signs business investments are recovering from the massive cutbacks from earlier this year.

Federal Reserve Chairwoman Janet Yellen explains, “Investment spending really has been quite weak for some time, and we’re really not certain exactly what is causing that,. Part of it, of course, has been the huge contraction in drilling activity associated with falling oil prices, but the weakness in investment spending extends beyond that sector. And I’m not certain of exactly what explains that.”

Indeed, the Fed actually pointed specifically to “soft” business spending in its statement from earlier this year. And this was mostly in response to concern over the Fed choice to hold off in short-term interest rates. As you probably know, the Fed has kept interest rates remarkably low since the beginning of the recession as an effort to encourage both business and consumer spending and, overall, improve economic growth. Consumer spending, then, has followed suit; but businesses have not been so quick to step it up.

According to the Federal Reserve, factory productivity fell by 0.4 percent, in August, with a pull back in machinery, appliance, and home electronics manufacturing. This has led, then, factories to drop 30,000 workers over the course of the last year. If you look at an even broader range—including things like mining and utilities—you can add another 0.4 percent reduction. As such, the Institute for Supply Management reported that the manufacturing index fell from 52.6 in July to 49.4 in August. Of course, any reading under 50 is a sign of economic contraction.