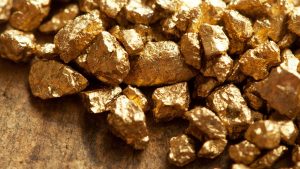 For the first time in more than three months, gold has fallen below $1,300; this on the heels of growing concern in the Federal Reserve over the potential (or lack thereof) for raising interest rates.  Obviously, the US economy continues to be concerned about whether or not the market is resilient enough to continue raising rates.  More particularly, bullion has weakened after a solid six months of gains—the best first half of the year for the metal in 40 years—which, of course, could encourage the Fed finally raising rates, this year.

Regardless of how we may feel about the economy’s readiness, Fed Bank of Richmond President Jeffrey Lacker continues to urge the central bank to raise rates in order to stay ahead of what he expects to be a major pickup of inflation, a move that could force even bigger increases later.

However, Long Leaf Trading Group chief market strategist Tim Evans, of Chicago, comments, “Given Lacker’s statement alone, gold is not going to respond well to that. The environment that we’re in, with the expectations of a rate hike coming and no signs of inflation in the near term, is just a very negative for gold.”

Looking a little more closely at the market, gold futures for December have fallen about 1.3 percent—to reach $1,295.30 per ounce, just before 9am, on the Comex in New York, on pace to post its biggest daily loss since May 9th. Then, on Monday, prices for gold closed at $1,312.70 per ounce, which is below the 100-day moving average, the first time this has happened since June.

Accordingly, Think Markets chief market analyst Naeem Aslam comments, “The sell-off which we are seeing for gold is mainly due to the reason that some Fed members have created noise again that November meeting could be live when it comes to the interest rate. Although it sounds extremely bizarre because we also have the US election in that particular month, and I do not see the Fed combining the two risky events together.”

With all that in mind, the odds that the central bank will tighten its grip (during the first week of November) is still just 21.4 percent.  Of course, Americans will soon head to the polls, and that might have influenced the likelihood of some kind of move in December, a move whose likelihood is now upwards of 61 percent, which is up from less than 40 percent from only two months ago.