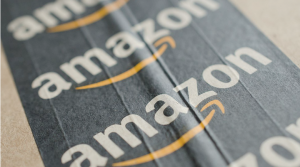 Amazon.com may actually be in quite the actionable position right now. The company could be poised as a “buy” option for most analysts, but investors could greatly benefit from a “sell.” Investors might know, for example, that Amazon’s stock fell 4.5 percent—to $781.67, in morning trading—it rose 36 percent over just the past six months alone.

Analysts had originally expected Amazon to have an operating income of $1.62 billion for the period. However, very few analysts expressed any concern over Amazon’s future.

For example, Deutsche Bank analysts wrote, in a note, “Shares tend to underperform over the near-term, but each of these phases has presented a great buying opportunity for long-term investors.”

in total, 46 analysts are currently covering Amazon, and 41 of them have given the stock a “buy” (or higher) rating on the stock.

The Deutsche Bank report notes that Amazon’s cloud services business—Amazon Web Services—has been strong. This, of course, continues to show growth; in fact, Deutsche Bak says it actually represents “the most important piece of the bull case.”

Looking more closely we can see that Revenue generated Amazon’s market-leading cloud business generated revenue that has jumped 55 percent—to $3.23 billion in the quarter which ended Sept. 30—and this accounts for roughly 10 percent of the company’s overall revenue.

Accordingly, Macquarie Research analysts wrote, in a client note, “While weaker-than-expected margin guidance will spook some investors, we remain firm believers in the long-term story of growing revs and margins,” to maintain their “outperform” rating.

The analysts go on to say, “The bottom line is that given the stock’s run and fears of near-term margin pressure, investors are likely to take profits.”

In addition, analysts from Goldman Sachs have also given Amazon a “buy” rating, arguing that while investments weigh more on margins in the near term, “we believe the payoff of these investments will create considerable growth and value for AMZN shareholders.”

Finally, Jeffries analyst comment, “As momentum builds up in all businesses, AMZN keeps investing to support that growth,” adding that some of these investments may be “lumpy” and will probably take a few quarters before they can reach optimal efficiency.

The conclude: “Our long-standing thesis remains intact as AMZN increases investment in the assets (fulfillment, digital content, AWS) that reinforce its competitive moats.”