Will AIG Pull Headquarters Out of London? 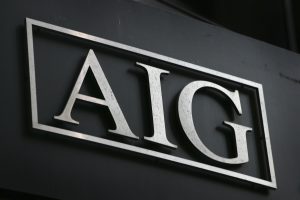 Insurance group AIG has just let it known that it is looking into a shift out of London, as a result of the Brexit vote. This move, of course, would backtrack its decision five years ago to actually place its European headquarters in the United Kingdom and not France.

The company presently employs approximately 2,500 people in the UK and is now currently assessing roughly half a dozen European cities—including Dublin—for the new potential home of the AIG EU head office. For now, though, London will continue to act as the company’s European hub.

AIG chief executive of the UK and Europe, Anthony Baldwin, explains “At a certain point in time you’ve got to pull the trigger, absent of any clarity on where negotiations are going in the transition period.”

He goes on to say—at a conference for the Association of British Insurers (ABI), in London—that AIG will definitely make this decision within the year.

Huw Evans is the director general of the ABI. He notes that the industry is definitely making some headway with the government in regards to policies but financial services needs to recognize that they are not a public priority.
Evans assuages: “It will take many generations before we lose some of the toxicity around the financial crisis. I think we have got to accept that there’s going to be a limit to the extent to which politicians want to engage with us publicly.
He goes on to say, “Some companies, although not insurers, overplay their hand and come off looking a little entitled… We have got to be patient, we have got to be useful and constructive and focus on the opportunities that are there and help the government navigate these challenges that are going to take many many years to work out.”

Finally, Financial Conduct Authority chief executive Andrew Bailey notes that their watchdog in on the lookout for possible exploitation of loyal customers in order to subsidize those customers who shop around at a time when it has become more and more accessible for companies to identify buying trends among their customers.
Bailey says, “There is a choice for society – how much of this behaviour do we permit to go on? Our view is there is a boundary. Why? If you strip the argument down for a moment, where that behaviour starts to exploit a feature of individual behaviour there’s a limit.”

“The reason is, some of the public will act on the basis of ignorance and naivety, and I’m not using those words in a pejorative context, and there comes a point beyond which it shouldn’t be exploited.”

$39.61 Million in Sales Expected for Kingstone Companies, Inc. This Quarter