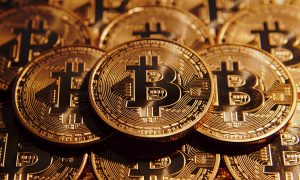 Bitcoin has been surging since its initial introduction only a few years ago. The cryptocurrency was largely supported in 2015 by buyers in China who were looking for alternative assets they could hedge against the falling value of the yuan (not to mention the many other plummeting national currencies) in order to take cash out of the country. In a rare oversight, Chinese regulators had been mostly hands-off with Bitcoin, so investors were free to buy onshore and then sell it offshore.

But all that has changed. Bitcoin has slipped over the past, extending its major tumble on Friday on the word that China could be looking to tighten its rules on the digital currency (in order to curb that very offshore outflow).
Shanghai-based consulting firm Kapronasia’s managing director, Zennon Kapron comments, “Bitcoin is one of the rocks they haven’t turned yet in terms of controlling the flows. It’s inevitable that there’s going to be something but the question is what the regulations will be when it happens.”

Now, even though regulators in China have pushed the value of Bitcoin down dramatically, this is not the first time that spot checks from banks in the largest-economy-in-the-world has sent Bitcoin tumbling. In fact, the Chinese government banned financial institutions from handling bitcoin transactions back in 2013. This, of course, resulted in a major slide in the price.

BTCC runs one of China’s most active exchanges, BTCChina.com. This exchange works closely with the People’s Bank of China (PBOC) to make sure that it is always operating within Chinese regulation. Huobi is another major exchange platform in China and it will also now conduct very strict self-checks to assist in establishing bitcoin industry standards in the country.

“The policy risks of bitcoin trading in China are higher” because the country, of course, has capital controls, explains Dong Dengxin, who is the director of Finance and Securities Research Institution at Wuhan University of Science and Technology. “If bitcoin trading disturbs China’s financial order, there’s a possibility it will be deemed illegal or banned.”

Kapron adds: “Until there’s more clarity over what the PBOC is planning or what exactly they mean, I think it will be difficult for bitcoin price to retrace the rally.”