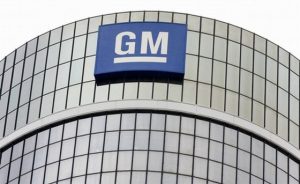 General Motors Co and Honda Motor Co Ltd have just announced a plan to equally invest $85 million in an effort to expand their fuel-cell partnership into a bigger manufacturing venture, located in Southeast Michigan.

Fuel Cell System Manufacturing LLC is the auto industry’s first fuel-cell manufacturing joint venture but will operate within GM’s battery pack assembly plant, located in the Brownstown Township. The announcement also includes a plan to mass produce a hydrogen fuel-cell system which will be used in vehicles for each company, probably starting around 2020.

Perhaps most importantly, the companies estimate that this expansion could create around 100 new jobs.

To aid the effort, the Michigan Strategic Fund Board has voted to approve a $2 million performance-based grant. According to the Michigan Economic Development Corporation, this move is expected to create another 70 jobs and, most importantly, spur $48.9 million in capital investments within the state.

Now, General Motors is not prepared to announce when a fuel cell car will be ready for sale to the public, but product development chief Mark Reuss notes that commuter vehicles are not the only intended use. Of course, fuel cells could easily have many military and aerospace applications, as well as could be used for home power generators.

Indeed, Reuss comments, “The Army is very interested in that. We’ve also done a lot of aerospace exploration on some of the backup systems that may be in some of those planes.”
In addition, Honda North America chief operating officer, Toshiaki Mikoshiba explains, “Over the past three years, engineers from Honda and GM have been working as one team with each company providing know-how from its unique expertise to create a compact and low-cost next-generation fuel cell system.” Also the president of Honda North America Inc, Mikoshiba goes on to say, “This foundation of outstanding teamwork will now take us to the stage of joint mass production of a fuel cell system that will help each company create new value for our customers in fuel cell vehicles of the future.”
Finally, Reuss notes, “The combination of two leaders in fuel-cell innovation is an exciting development in bringing fuel cells closer to the mainstream of propulsion applications. The eventual deployment of this technology in passenger vehicles will create more differentiated and environmentally friendly transportation options for consumers.”