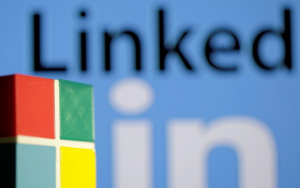 Microsoft Corporation is presently asking US officials to grant them exception for law-abiding, visa-holding workers and students from President Donald J. Trump’s recent immigration order. Of course, this effort probably represents the much larger outrage from throughout the technology industry looking for a way to keep some of their best and brightest who came from other countries.

In a letter to the administration, Microsoft President and Chief Legal Officer, Brad Smith, remarks that these are low-risk individuals who have already been through rigorous vetting processes to get where they are. He also advises that this community—which has never done anything wrong—are now facing immediate hardships as a result of the new order.
As such, Smith comments, “We believe such an exception under the existing framework of the Executive Order would help address compelling personal needs without compromising the Executive Order’s security-related objectives.”

The order, of course, lists a 90-day ban on visits from any citizen of Iran, Iraq, Libya, Somalia, Sudan, Syria, and Yemen. Also, President Trump has called for a 120-day halt on all refugees seeking asylum in the United States (for thorough vetting). Obviously, human rights organizations had a big problem with this but many within the tech industry continue to decry the move.

Microsoft is now the first company to publicly implore the government with a specific immigration proposal, defending that this is “not only consistent with the Executive Order, but was contemplated by it.”

Microsoft argues that these students and workers are “responsible known travelers with pressing needs,” and, are well-known people to their respective companies, schools, and communities who have already been greatly scrutinized over their visa status. As such, the letter invigorates, they are a very low security risk; on the other hand, if the order goes through without consideration, these same low-risk individuals face immediate—and extremely harsh—consequences .

More specifically, Microsoft explains they have one employee who is now stranded outside of the United States while their children remain within the American border. They have another employee who cannot leave the United States even though they have a critically ill parent. In all,l the company has 76 employees (and a combined 41 dependents) who have non-immigrant visas to both live and work in the United States—and all of whom will we drastically affected by the Executive Order.

Smith goes on to say, “At the outset, we recognize that this proposal will not and should not end the broader debate and deliberations regarding last week’s executive order. Our company is one among many that has expressed its views, and we will continue to participate energetically and constructively in the public discussions that help define our democratic processes.”

Kujira Trading Down 15.6% This Week