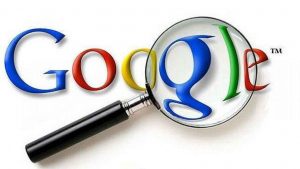 President Donald Trump has appointed a new chairman of the US Federal Communications Commission who, apparently, has plans to either reverse or revise the “net neutrality” designations set forth during the Obama administration. While this may sound like a reversion to the old ways, 44-year-old Ajit Pai says that he is committed to ensuring an open internet.

The Republican lawyer has served as FCC commissioner since 2102 and, you may recall, staunchly opposed former Democratic President Barack Obama’s 2015 “net neutrality” ruling which reclassified broadband providers so that they can be treated more like a public utility.

In an interview at his FCC office, Pai notes, “I believe, as I think most Americans do, in a free and open internet and the only question is what regulatory framework best secures that. Before the imposition of these Depression-era rules, we had for 20 years a bipartisan consensus on a regulatory model.”

Pai has been on a mission to “weedwack” unneeded rules, since December, and remains vigilant in his criticism of net neutrality—at least, in its current form—saying that its “days are numbered.”

In case you are a bit fuzzy on the details, net neutrality bars any internet access providers from slowing (or “throttling”) consumer access to web content. Last year, a federal appeals court upheld the ruling. All in all, internet providers, of course, fear that net neutrality will make it much harder to manage internet traffic and will complicate investment in additional capacity, which will make it less likely, of course. Website managers, in addition, worry that without rules like these in place, they could lose customers.

Just last Friday, Pai sent letters to both AT&T Inc and Verizon Communications as notification that the FCC will close investigations into “sponsored data” or “zero rating” programs where mobile poviders give customers free data for using specific video services. The FCC had, before, raised some concerns over these data policies.

Pai goes on to say, “My position is the government should not be in the position of prohibiting companies in a competitive marketplace from offering free data. A lot of involves divestment of power from the chairman’s office.”

Critics like Senator Edward Markey-D, Massn argue: “There is no problem that needs to be fixed. Net neutrality rules ensure those with the best ideas, not simply the best-funded ideas, have the opportunity to share their content with the world.”

Chia Network Price Down 12.9% This Week

EventChain Price Up 2.2% This Week