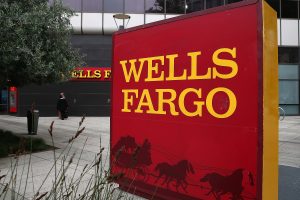 In an effort to cull favor among banking customers—and hopefully to quell corporate irresponsibility—Wells Fargo announced that CEO Tim Sloan and seven other top executives will not be receiving any cash bonuses for 2016. Obviously the bank is trying to improve accountability within its ranks after the scandal, last year, which saw millions of customers charged unauthorized fees.

In addition to the cash bonuses—and this is certainly something that consumers will likely be happy to see—the company is also penalizing a 50 percent reduction in the performance share equity awards these top executives had received in 2014 (but vested last year).

Wells Fargo board Chairman Stephen Sanger said, in a formal statement, “These compensation actions for the operating committee, though not related to any findings of improper behavior, are part of the board’s ongoing efforts to promote accountability and ensure Wells Fargo puts customer interests first.” He adds, “As we seek to regain trust, the board is taking decisive actions. We will continue to work to make right what went wrong and remain focused on providing the accountability and oversight that our customers, employees, and investors expect and deserve.”

Now, these compensation actions are actually in addition to the earlier-announced forfeitures of unvested equity awards totally upwards of $41 million by former Wells Fargo chairman and CEO John Strumpf as well as $19 million from former head of community banking Carrie Tolstedt.

Sloan has responded positively, saying, “I fully support the board’s actions and believe they are critical to Wells Fargo’s commitment to our customers. It is my personal mission to foster a culture of accountability at all levels of the company and to ensure we are second to none in customer service and advice, ethics, and integrity. Today’s action is another step in that direction.”