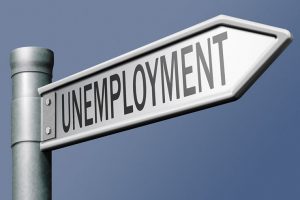 The labor market continues to struggle as initial jobless claims jumped more than expected this week. The number of Americans filing for unemployment benefits for the first time increased by 20,000 to reach a seasonally adjusted 243,000 for the week ending on March 4. According to the United States Department of Labor, the prior week remains unrevised at 223,000, which is the lowest level the agency has seen since March of 1973.

As such, RDQ chief economist John Ryding, of New York, comments, “There is no evidence of a pickup in involuntary employment separations. We view this as evidence of a tight labor market.” This puts jobless claims at or below the 300,000 threshold—which is the benchmark of a healthy labor market—for 105 straight weeks.

With that improvement, then, Federal Reserve Chairman Janet Yellen advised that the US central bank will probably be looking to raise its interest rates at the next policy meeting, which will take place over March 14 and 15. With job gains averaging about 209,000 per month for the past three months, it certainly seems like the environment is improving. However, the economy will need to keep growing—by an additional 100,000 jobs per month—in order to keep with the working-age population.

“By any measure this report is consistent with an exceedingly healthy labor backdrop and, I think more critically, it’s a number that will embolden the Fed to raise rates in March,” explains Tom Porcelli, who is the chief US economist at RBC Capital Markets, also in New York.

US short-term interest rate futures initially rose after the data, while prices of US Treasuries pared earlier losses. US stock index futures were trading higher, while the dollar was weaker against a basket of currencies.

Data shows that in the past year—the 12 months leading up to March—the prices of imports increased at a rate of 4.6 percent. This is the largest such gain since February of 2012, when the rate rose 3.8 in the month of January (year-over-year). Furthermore, import prices—excluding that fuels—increased by 0.3 percent, the first such increase since July. This suggests that the drag on prices from the stronger dollar is weakening, implying that an interest rate hike might be possible in the near future.