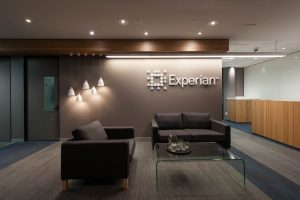 Roughly two months ago, US regulators busted both Equifax and TransUnion credit reporting agencies for misrepresenting the credit scores they sell to consumers; and it looks like Experian is going to be the next to fall.

According to the Consumer Financial Protection Bureau (CFPB), Experian will be ordered to pay a civil penalty of $3 million for consumer deception in regards to the use of credit scores it sold to customers. In addition, the CFPB consent order requires that Experian must truthfully represent how credit scores, since they claim that the credit scores they market to consumers help lenders make credit decisions when, in fact, lenders did not actually use Experian scores to reach their creditworthiness conclusions.

CFPB Director Richard Cordray explains: “Experian deceived consumers over how the credit scores it marketed and sold were used by lenders. Consumers deserve and should expect honest and accurate information about their credit scores, which are central to their financial lives.”

In addition, though, the CFPB also says that Experian has also violated the federal Fair Credit Reporting Act. This directive requires that any credit reporting agency which provides a free credit report once a year must also operate from a central source where consumers can obtain this report. In this case, that central source would be AnnualCreditReport.com.

Now, for these credit reports, these agencies determine “credit scores” as, basically, numerical summaries designed to accurately (mostly) predict consumer payment behavior when using credit. Many lenders—as well as other commercial users—look at these “scores” to decide whether or not to extend credit to a consumer. We have three credit reporting agencies because lenders adhere to different credit scoring models.

At the same time, Experian developed its own credit scoring model. This is called the PLUS Score and the CFPB reports that Experian has misrepresented this model to consumers, claiming, essentially, that is the same model used by lenders.

“In fact,” the CFPB says, “lenders did not use the scores Experian sold to consumers. In some instances, there were significant differences between the PLUS Scores that Experian provided to consumers and the various credit scores lenders actually use. As a result, Experian’s credit scores in these instances presented an inaccurate picture of how lenders assessed consumer creditworthiness.”

Experian, of course, is pushing back. Spokesman Greg Young says, “While we do not believe our practices violated the law and did not admit to any of the allegations, in the interest of moving our business forward and staying focused on delivering an exceptional product and service experience to our clients and consumers, Experian has accepted the consent order.”