Vertex Pharma Stock Up On Promise of Cystic Fibrosis Treatment 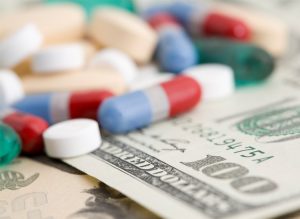 Shares of Vertex Pharmaceuticals Incorporated jumped up nearly 19 percent in pre-market trading on the heels of the company announcing positive data from two phase III studies. These studies were intended to evaluate its lead drug, Kalydeco (ivacaftor), when used in combination with tezacaftor VX-661 in patients who suffer from cystic fibrosis who are 12 years and older (and who have two copies of the F508del mutation).

Obviously, the combination treatment is aimed at reaching broader patient population than the existing Vertex cystic-fibrosis drugs. The researchers say that the results reflect positively on the company’s continuing clinical trial to find a triple combination treatment. The company has two cystic fibrosis drugs—Kalydeco and Orkambi—which makes up more than 57 percent of the company’s top line products. In fact, Kalydeco accounts for more than 41 percent, last year; and Orkambi and Kalydeco together are approved to treat roughly 40 percent of the approximate 75,000 cystic fibrosis patients throughout North America, Europe, and Australia.

JP Morgan analyst Cory Kasimov rates company overweight and he says, “With both efficacy and importantly safety exceeding expectations, we believe VRTX at a minimum now has a much improved Orkambi. Bottom line, we believe these results solidify VRTX’s prevailing dominance in the [cystic fibrosis] space and add to the company’s strategic value.”

Both Orkambi and the combination treatment are intended for individuals with two copies of the F508del mutation, which is the leading cause of cystic fibrosis, according to the Food and Drug Administration.

In addition, though, analysts are now hopeful that the combination treatment will not have the same side effects previously associated with Orkambi, a trait that had probably contributed Orkambi’s struggling sales. Still, there is hope for the treatment as most of these issues reported during the clinical trials were moderate, at worst, according to

But analysts were hopeful that the combination treatment wouldn’t have the kind of side effects that Orkambi had, which likely hurt the drug’s sales. For the combination treatment, most issues reported during clinical trials were mild or moderate, according to a Leerink’ analyst. The analyst comments, “These data should compel more homozygous del508 patients to treatment, and are likely to bring patients back onto therapy who had discontinued Orkambi due to intolerability,” rating the company as outperform with a $115 price target. “We believe that the current penetration into the homozygous delF508 population is ~55%, and every incremental 5% penetration in the US is an additional $90mm in annual revenue.”

Contrasting Valaris and Its Competitors