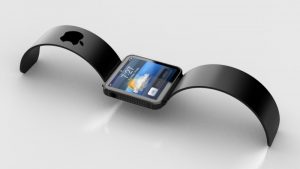 Reports indicate that Apple has recruited a number of biomedical engineers who have been tasked with the responsibility of developing sensors that can monitor the levels of blood sugar in the body continuously and non-invasively. The team of engineers is believed to be working out of a nondescript that is located miles away from Apple’s corporate headquarters.

Though the project which is aimed at finding a better way of treating diabetes is shrouded in secrecy, sources say it was envisioned by Steve Jobs, the late co-founder and chief executive officer of Apple. If the engineers meet with success, it will be a huge milestone and breakthrough for life sciences since many firms and individuals have tried and ended in failure in such an exercise. This is because tracking the levels of blood glucose accurately and non-invasively has proved extremely challenging.

John Smith, one of the leading experts in the area has said he has never encountered a bigger challenge in his work.

“[Accurately and non-invasively tracking blood glucose levels is] the most difficult technical challenge I have encountered in my career,” revealed Smith.

Sources, however, say that Apple has made considerable progress and has even started conducting feasibility studies at clinical sites that are located in the Bay Area. The Cupertino, California-based tech giant is also understood to have hired consultants who will assist in helping Apple navigate through the regulatory pathways.

According to sources, Jobs’ idea was to come up with a wearable device which would serve to monitor such critical vitals as blood glucose, heart rate, and oxygen levels. In 2010 when Jobs was still the company’s chief executive officer, Apple purchased a firm known as Cor after the CEO of the company then, Bob Messerschmidt had emailed the visionary tech leader on sensor technologies that could be useful in wellness and health sectors. Messerschmidt was to later join the Apple Watch unit.

Work on the project is understood to have been underway for the last half a decade and the team reports to Apple’s hardware technologies senior vice president, Johny Srouji. A source hinted that the blood glucose team was previously headed by Michael Hillman who quit Apple two years ago to join Oculus, the Facebook-owned virtual reality hardware company. On his LinkedIn page, Hillman is said to have worked on a confidential hardware project while at Apple.

Besides Apple, Google is also understood to be developing contact lenses that can measure the level of blood glucose through the eye.

Metadium Trading Down 1.8% This Week