Apple Said To Be Considering Launching A Money Transfer Service 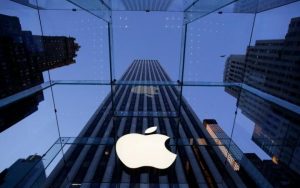 This is not the first time that Apple has considered launching a money transfer service as it previously was contemplating that in 2015 when it held discussions with banks. However, the talks did not materialize into anything tangible.

If Apple goes ahead to launch the money transfer service, it will find an increasingly competitive space with players ranging from large American banks to purely online platforms such as Square Cash, PayPal and Venmo. The latter, which is a subsidiary of PayPal, is popular with millennials and is recording rapid growth. Last $17.6 billion was transferred on the platform.

Currently, most of the services have been losing money but that could change in the future as these could become the ‘banks’ of tomorrow as traditional banking gets upended and these services start offering additional personal finance services and solutions.

According to sources, Apple’s strategy is to boost Apple Pay usage as activity has been lower than initially anticipated. Gene Munster, an Apple analyst recently disclosed that his estimates for the value of Apple Pay transactions in 2016 was $36 billion. This was just a fraction of the $207 billion he had earlier predicted. Some of the reasons inhibiting its use is the fact that Apple Pay is not universally accepted in brick and mortar stores. It also lacks a compelling differentiating factor from physical cards.