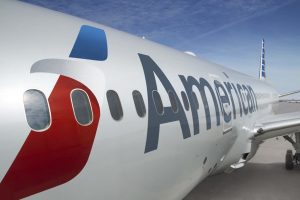 On the heels of major customer service complaints throughout the airline industry, American Airlines is making some changes; but probably not in a way that you would expect. This week the popular air carrier has announced it is decreasing the size of available leg room in economy class. These seats will now have two inches less front-to-back space than they do now.

Essentially, the company wants to add more seats to its new Boeing 737 Max jetliners, which are still in production. The company says it will shrink the pitch—the industry term of the distance between seats—from 31 inches to 29 inches in three rows and down to 30 inches in the rest of the rows in economy cabins. And it looks like American Airlines is not the only one pursuing these changes. United has also intimated a move towards a similar revamp.

Economy class pitch on Delta and United remain at 31 inches but Southwest, JetBlue Airways, and Alaska Airlines all range between 31 and 33 inches.

Obviously, this strategy is part of a new directive to improve customer experience aboard airlines, though it is difficult to understand how taking more away from the already limited space is going to accomplish this. It gets to be particularly discouraging when you realize that all economy fliers aboard these new Boeing 737 Max jetliners will pay the same price—regardless of the pitch of the seat—though the seats are not part of the new basic economy fare (which doesn’t even provide access to overhead bins).

Overall, this objective will add at least 10 seats to the 300 Boeing 737 Max jetliners that American has on order; or, at least, that is what we can speculate. So far, American has not commented on the exact benefit to this pitch shrinkage. American Airlines has confirmed, however, that these jets will still have 16 first class seats as well as economy seats with a little extra legroom for frequent flyers and travelers who are willing to pay a little extra for that little bit of extra space.

American Airlines president Robert Isom comments, “We think that we have some density issues with our narrow body fleet that we will be addressing in the coming years as well that I think will have benefits in terms of overall revenue production and also will help us from a unit cost perspective as well.”