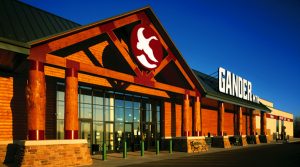 Following reports that all the remaining stores belonging to Gander Mountain were being closed, the new owner of the outdoor chain store has come out to clarify that it is not the case. Marcus Lemonis, the new owner of Gander Mountain has clarified that a minimum of 70 outlets belonging to the outdoor specialty brand would remain open as he bought the leases and the overtons.

“…But the confusing message is whether a store is staying open or not. And ultimately we control the leases … every single property. And my intention is to keep at least 70 open,” Lemonis said in a newspaper interview with the IndyStar.

Lemonis also added that currently a liquidator who purchased the inventory from the previous owner is clearing out the stock as that was not part of the acquisition. The new owner of some of Gander Mountain’s assets also disclosed that they were assisting the liquidator to get rid of the inventory.

Lemonis also promised that he didn’t want the current employees worrying about their future prospects and would do everything possible to protect them. As a testimony to that fact, employees of Gander Mountain who will be affected by the closures will be given an interview opportunity with Camping World, where Lemonis is the chief executive officer. Camping World Holdings recently announced that it now owned the assets of Gander Mountain after winning an auction for them. The firm caters to owners of recreational vehicles.

The new owner of Lemonis also revealed that they would be restocking the stores and having them reopened. Some of the stores will have to be temporarily closed but by early fall or late summer they will be operating once again. Lemonis urged Gander Mountain’s customers who may be holding gift cards to make use of them as soon as they could since the deadline for redemption of gift cards will be on May 18.

Back in March when Gander Mountain made its bankruptcy filing, the outdoor specialty brand indicated that it would be shuttering 32 stores located in 11 states in the course of the next couple of weeks. Then the chain store had a total of 1,280 employees in its employ on 160 stores. Currently, Gander Mountain possesses a total of 126 stores located in 26 states. The outdoor items chain store was initially a catalog retailer having been founded in 1960. Gander Mountain has previously filed for bankruptcy twice in the past including in 1996.