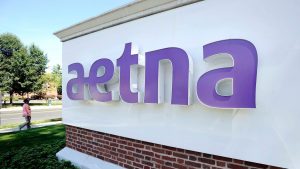 On Wednesday, health insurance provider Aetna (AET) announced plans to completely pull out of the ACA marketplace in 2018. According to Health and Human Services Secretary Tom Price, the move is probably a solid sign of steady instability within the health care sector since the installment of the Affordable Care Act, also known as Obamacare.

He explains, “Aetna’s decision to completely withdraw from the ObamaCare exchanges adds to the mountain of evidence that ObamaCare has failed the American people. Repealing and replacing it with patient-centered solutions that stabilize the marketplace to bring down costs and increase choices is the only solution.”

The company has no plans to offer insurance plans in Nebraska nor in Delaware. These are the two remaining states where the company had been expected to provide ACA coverage next year. You may recall that, in April, Aetna had said it did not want to participate in the state exchanges in Virginia (next year), also pulling out of Iowa just last week.

According to a statement made on the company’s website, “Our individual Commercial products lost nearly $700 million between 2014 and 2016, and are projected to lose more than $200 million in 2017 despite a significant reduction in membership. Those losses are the result of marketplace structural issues that have led to co-op failures and carrier exits, and subsequent risk pool deterioration.”

Of course, health insurers across the country have lamented over the uncertainty over today’s market. And, as the imbalance of sick and healthy customers continues to grow, premium rates on individual insurance rates have already soared at least 25 percent over the last year. And even if the Republicans can implement their repeal and replace plan—with the American Health Care Act, which passed in the Senate—it still would not really address the major faults and shortcomings plaguing the current system: that the government cannot/does not want to fund the cost-sharing subsidies that was supposed to help those who need care the most.

As such, Evercore ISI analyst Michael Newshel comments, in an investor research note: “This decision is not a surprise given continued uncertainty about market stability and whether cost-sharing subsidies will continue to flow.”