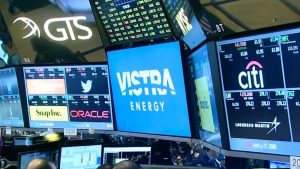 The issuer ratings of China were downgraded by Moody’s Investor Services on grounds that the country’s financial strength will be eroded in the years to come. The downgrade means that now China has an A1 rating after falling one notch from Aa3.

“The downgrade reflects Moody’s expectation that China’s financial strength will erode somewhat over the coming years, with economy-wide debt continuing to rise as potential growth slows,” read a statement from Moody’s Investor Services.

Moody’s also observed that the reforms that were currently being undertaken in China would lead to a transformation of both the economy and the financial system but would not assist in the prevention of an increase in debt and the government’s liabilities. China’s outlook was also changed from negative to stable by the ratings agency.

The containment of asset bubbles and financial risks have been identified by the top leadership of China as top priorities this year. Authorities have, however, been cautious in order to avoid harming economic growth. Though the downgrade will lead to a modest increase in borrowing costs for the state-owned enterprises in China as well as for the government, the rating is not outside the investment grade range.

Following the development the Shanghai Composite index declined by over 1% during the early trading hours. Against the United States dollar, the yuan currency on the other hand fell by almost 0.1%. The Australian dollar also slipped.

According to Moody’s the gross domestic product of China will decline to around 5% in the next few years. The slowdown is, however, going to be gradual since the economy will benefit from expected financial stimulus.

In the last couple of months there have been efforts by Chinese authorities to curb housing and debt risks. Recently released data shows that the economy is cooling. In Q1 it grew at a rate of 6.9%.

Stimulus from the government has been contributing greatly to economic growth in recent years but this has led to runaway credit growth which has resulted in a huge debt burden. Currently, it is estimated that China’s debt stands at close to 300% of the gross domestic product.

According to Moody’s, the direct debt burden of the government will increase to about 40% of the gross domestic product by next year and close to 45% of the GDP in ten years. The economy-wide debt held by households, non-financial corporations and the government when combined is also expected to rise.

Personalis Short Interest Down 6.1% in June