Uber Comes Under Criticisms For Surge Pricing During London Attacks 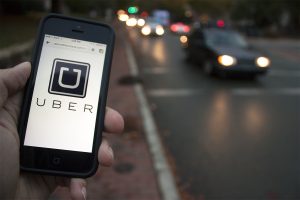 Uber has come under heavy criticism after surge pricing was kept in place longer than it should have been following the London Bridge attacks when city residents and tourists who had panicked tried to get away from terrorists who had plowed into a pedestrians and also started stabbing patrons in nearby bars. Users of the ride-hailing service took to Twitter to criticize the firm for acting too slowly to stop the surge pricing feature accusing the company of profiting from a calamity.

In some cases the fares had surged from approximately $8 to about $45. When the demand for rides is high, Uber employs an algorithm which increases the prices in order to lure more of its drivers to offer their services. The surge-pricing feature is, however, turned off whenever there are disasters or emergencies.

Uber however said the criticism was unwarranted and denied the accusations levelled against it.

“As soon as we heard about the incident we immediately suspended dynamic pricing all around the area of the attacks – and shortly afterward across the whole of central London – just as we did following the attacks in Manchester and Westminster,” said the general manager for Uber in London, Tom Elvidge.

According to a report that appeared on CNN, emergency services were first alerted about the incident at 10:08 p.m on Saturday but Uber disclosed that surge pricing was disabled in the area where the attack took place by 10:50 p.m. The suspension of the surge pricing feature was also extended to the larger central London area by 11:40 p.m.

Later on Sunday Uber revealed that those who had ordered rides in and around the London Bridge area shortly after the attacks will have their money refunded. In a statement Uber’s general manager in London also thanked the drivers who offered their assistance in the wake of the attacks by ensuring riders got home safely. Additionally, the general manager disclosed that Uber employees were cooperating with the authorities with a view to availing any footage that might have been captured by Uber drivers just before and during the attacks.

In the attacks seven were killed and 48 sustained serious injuries. Among the 48 who were seriously injured, 21 of them are still in a condition that is critical. Once the emergency services were notified of the attacks after a white van started plowing into people who were on London Bridge, the entire area was cordoned off.

OneLedger Trading Down 3.3% Over Last 7 Days