Housing Market Perfect Storm Makes It Hard To Buy, Even for the Most Qualified 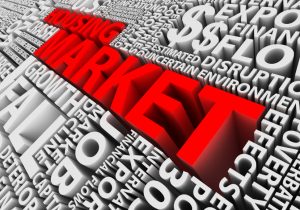 The number of homes available for purchase has been on the steady decline and that has resulted in price escalation throughout many large US metropolitan areas. Indeed, coast to coast, potential buyers are finding it harder and harder to garner enough money to cover their rent, forcing them to remain tenants instead of converting to actual home-owners.

It is a trend that continues to put pressure on Americans, as roughly one-third of US residents now spend more than 30 percent of their gross household income on paying for that housing, according to a Harvard University Joint Center for Housing Studies report from 2015.

But it is not only high rents that are preventing prospective home owners from transitioning from a lease to a mortgage. Short supply means prices are higher and sellers can be more picky with their options, as the housing market continues to grow on the heels of steady economic recovery.

Accordingly, Harvard University Joint Center for Housing Studies managing director Chris Herbert says, “As the economy continues to recover, as income picks up as household formations pick up, it’s not spurring a supply response. It’s a worsening of the situation that was evident last year.”

In the report, he explains that in the decade leading to 2015, single-family home construction [less than 1,800 square feet] fell from 500,000 to 136,000. This is part of the trend which has contributed to national home prices shooting up 5.6 percent last year.

As such, Herbert goes on to say, “Builders are starting to turn more attention to the entry-level market. My guess is we’ll see some increase in our supply of smaller, more moderate-cost new housing on the single-family side.”

It is important to note that the government considers consumers who spend more than 30 percent of their income on housing as “cost-burdened” consumers. Those who spend more than 50 percent, then, are considered to be “severely burdened.” All in all, then, this means that roughly one-third of all American households could be considered “cost-burdened.” That is the equivalent of nearly 39 million households in the United States (in 2015). Perhaps more importantly, about 16 percent—roughly 19 million—are “severely burdened”.