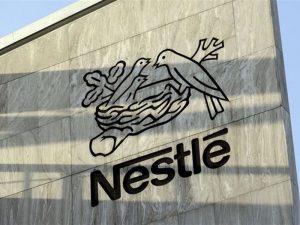 Nestlé SA (NESN) has put its U.S. confectionery business up for sale. The U.S. confections business generated about $922 million in sales last year, representing 3 percent of its total U.S. sales. Based on analysts’ valuations of similar businesses, the unit could be worth as much as $3 billion.

By market share, Nestlé is the No. 3 confectioner in the world behind market leader Mars Inc. and Mondelez International Inc. in second place. In the U.S., the company is fourth, also falling behind Hershey Co. The U.S. is Nestlé’s largest market overall, with annual sales of about $27 billion. Its U.S. candy business includes its Butterfinger, Baby Ruth, and Crunch candy bars along with LaffyTaffy and Nerds.

Nestlé said it remains committed to its global confectionery business, which includes the Kit Kat brand. Kit Kat is licensed by Hershey in the U.S. and by Nestlé in other parts of the world. Globally, the confectionery business generated sales of $9.02 billion last year. The company also said it would also keep the Nestle Toll House baking products. In recent quarters, Nestlé has offloaded several less-popular brands, including Juicy Juice, PowerBar and its Jenny Craig diet business.

Nestlé isn’t the only confectioner taking this path. U.S. consumers’ are increasingly demanding healthy snacks. Consumers have been flocking to items like fruit-and-nut bars and Greek-style yogurt. Hershey recently acquired a chocolate-covered fruit brand and a beef jerky company to attract healthier-minded consumers.

U.S. candy makers are fighting against more competitors than ever before. Smaller companies launched in recent years have been market share from the traditional giants. Food makers also are under increasing pressure to lower costs to maintain profit margins amid slowing sales. Earlier this year, Hershey said it would cut 15 percent of its global workforce in an effort to boost profitability.

Analysts have been speculating that Nestlé could exit the U.S. confectionary business. The business experienced a decline in the first three months of the year and continued to lose market share.