Legionnaires Outbreak Confirmed At The Guest House At Graceland 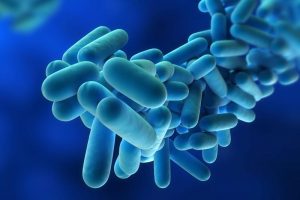 Legionnaires’ disease has symptoms similar to pneumonia, including cough, high fever and headaches. Symptoms can last between two and 14 days after exposure. However, most healthy people exposed to the bacteria do not present symptoms. Those at most risk of illness include current or former smokers, people with chronic lung disease, people over the age of 50, people with weakened immune systems, and people with underlying illnesses. Antibiotics are usually prescribed to treat the symptoms.

In a statement released by the department, the hotel says it is cooperating with health officials. SCHD officials are working with the hotel to identify sources of transmission, find solutions to prevent future transmission and educate staff and patrons on the signs and symptoms of the disease. Those who visited The Guest House at Graceland between May 15 and June 26 and have experienced symptoms are urged to contact the SCHD.

The outbreak is believed to have stemmed from the aquatic facilities at the hotel, which now have been closed. The hotel said in a statement, “Our hotel remains open and fully operational. By closing our hot tub and pool facilities temporarily, we are taking all proper precautions as SCHD completes its investigation.” It said, “The issue does not affect the Graceland attraction and tours in any way.”

AnaptysBio Raised to “Hold” at StockNews.com