US Consumer Spending Gain Only Slightly Despite Higher Incomes 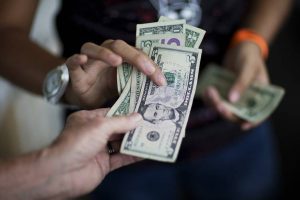 Consumer spending in the United States jumped up in May, but only slightly, indicating that people would prefer to save as much money as possible, even in the face decelerating inflation that typically accelerates the value of what we buy.

Commerce Department numbers show that consumer spending rose only 0.1 percent, slipping after consecutive months of 0.4 gains from April and March. Personal incomes rose 0.4 percent, in May, up slightly too, from only 0.3 percent in April.

In addition, after-tax income rose about 0.6 percent. This is the biggest jump in the metric since December 2012. The gap between the May income boost and the spending jump helped to drive the United States savings rate up to 5.5 percent, which is the highest marker since last September.

Of course, economists monitor consumer spending very closely as the metric accounts for more than 70 percent of economic activity in the United States.

And, sure, Americans are faring a little better than previous months. This recent—and slight—dip in inflation did help to boost real disposable income by 0.6 percent in May. That’s the biggest such gain since the close of 2012. But, instead of splurging with their gains, Americans are simply choosing to stock them away: the savings rate hit an 8-month high of 5.5 percent; up from 5.1 percent.

Analysts still hold that the US economy remains on track to rebound through the second quarter, even following a minimal expansion within the first quarter. After all, the Federal Reserve’s favored measure of inflation fell only 0.1 percent from April—but up 1.4 percent from the year prior—which is the smallest annual increase since November of last year. Of course, this is still below the Fed’ target of 2 percent. At the same time, the Fed remains confident that the economy is healthy enough to raise short-term interest rates this month.