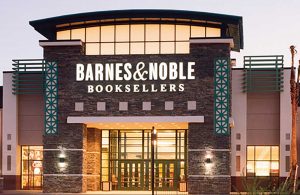 In the letter, Sandell criticized the company’s low sales, general and administrative cost structure, and its revolving door of CEOs. The investor believes that the retailer could fetch at least $12 per share under new ownership. Shares have been hovering around $7, giving Barnes & Noble a valuation of about $500 million. Sandell is urging the board to hire an investment bank to explore its options.

To that end, Barnes & Noble has been looking at smaller formats and testing different ideas to revive growth. One of the ideas being floated is expanding its in-store cafe service to include options like wine.

It wouldn’t be the first time the chain has explored selling itself. It announced a sales process in 2010 and in 2011, Liberty Media Corp offered $1.02 billion for the company. The process ended with Liberty investing $204 million in the company and securing two seats on the board.

Sandell Asset Management was set up in 1998 and specializes in equity special situations and credit opportunities. The investor recently built up a stake large enough to place it among Barnes & Noble’s top 10 investors. In the past, Sandell has waged activist campaigns against food company Bob Evans Farm Inc. and optical products maker Viavi Solutions Inc.

This isn’t the first time Barnes & Noble has faced off with an activist investor. A proxy war between the company and billionaire Ron Burkle in 2009 was a success for the company.