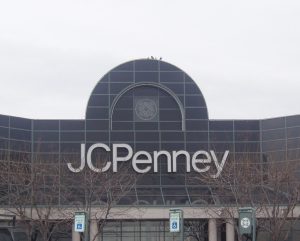 In the second quarter ended July 29, J.C. Penney (NYSE:JCP) saw its net loss net loss widen to $62 million, or 20 cents per share, from $56 million, or 18 cents per share, in the same quarter of the previous year. So far this year, Penney has had a net loss of $242 million. Net sales in the second quarter climbed 1.5 percent, to $2.96 billion, slightly above analysts’ forecasts. The company is currently generating less than $12 billion in annual sales.

Sales at stores open at least a year fell 1.3 percent, better than the 3.5 percent decline in the previous quarter. However, it was the fourth straight quarter of comparable sales declines. Same-store sales in its apparel business underperformed during the second quarter. Penney said it still expects comparable sales would range from a 1 percent drop to a 1 percent increase for the full year.

In the second quarter, Penney liquidated 127 full-line stores. Penney said in February it would close as many as 140 of its roughly 1,000 stores. Ellison said the retailer had never liquidated that many stores at one time, but stated, “We walked away from the liquidation event a stronger company.” Penney said it would use the savings to focus on revamping stores in stronger markets.

The department store’s shares fell 22 percent in morning trading to less than $4. Penney’s shares are down about 53 percent this year. A decade ago, Penney was worth $19 billion on the stock market. These days, the company is barely worth $1.5 billion.

Penney has seen some success with private labels, like its less expensive City Streets line, which features polo shirts, jeans and women’s booties. The company said, “City Streets will offer our customers an everyday low price that is contemporary, trend-right and at a low price.” Penney also launched a brand inspired by the TV show “Project Runway” earlier this summer. Penney has said it will launch more apparel lines in September.