Engineer at Volkswagen Sentenced to Prison for Diesel Case 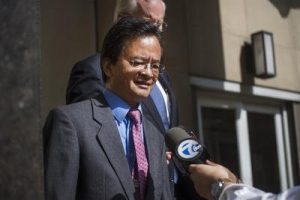 An engineer with Volkswagen on Friday was sentenced to 40 months behind bars for the role he played in the German automaker’s scheme of 10 years to cheat emissions testing for vehicles with diesel motors sold in the U.S.

James Liang became the first employee at VW that was sent to prison for the scandal that tainted the reputation of the automaker and cost it over $20 billion in settlements with consumers and fines.

Liang, who took part in developing VWs software that was able to conceal the high levels of emissions that the diesel engines generated, was able to reach a plea deal with U.S. prosecutors in 2016 after he agreed to assist them in the investigation of VW.

However, even following his pledge, Liang was given a harsher sentence than had been recommended by government for making a guilty plea.

Federal prosecutors had recommended a sentence of three years plus a fine of $20,000, but the judge sentenced Liang to a longer sentence, supervised release for two years and a fine of $200,000.

In his remarks, the Judge said Liang, other executives as well as employees at VW had been responsible for the stunning and massive fraud that had violated the consumer trust that was needed so they could purchase goods and services from companies.

The judge added that the crime against the economic system was very troubling and serious, as without the trust in place in corporate America, our economy will not function.

Liang, who is 63 and a citizen of Germany, did not address the judge during the sentencing. His attorney portrayed the engineer as being remorseful.

The attorney added that his client was not the scandal’s mastermind, but played a role, saying Liang did not receive any financial benefit from helping with the development of the defeat devices, which helped to mask the high diesel emission that are harmful to the environment.

However, the judge said that Liang had been too loyal to VW with whom he had worked dating back to the 1980s, and was not willing to expose the deceptive practices or tow walk away from his job of $350,000.

The judge added that although Liang’s cooperation with the investigators helped the case for the government against VW, the judge said that had not been enough for Liang to be sentenced to just home confinement.