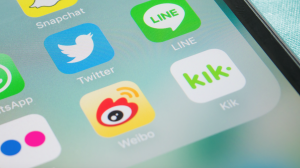 Kik Interactive the messaging startup based in Canada will be receiving its largest to date cash infusion, but much of the injection of new cash will be from just regular people rather that from venture capitalists.

The Ontario-based company is expecting to raise as much as $125 million from its initial coin offering, which is a process where it sells tokens that can be used to purchase services it has on its platform.

The thought is that as more people start using Kik, the value of the tokens, known as Kin, will increase. Kik already has raised over $50 million through investment firms that are block chain focused, and will be releasing another set of token worth $75 million September 12 to the public.

Initial coin offerings (ICO) have grown in popularity the last year, raising over $1.3 billion for several startups. However, securities regulators across the globe have expressed their concerns and even those who founded the cryptocurrency software that many ICOs are built have said they are ticking time bombs.

Nevertheless, people have lined up to invest their money into the coins. If Kik has success in raising its $125 million, it would be more than double what the firm has collected in venture funding to date, which is an investment of $50 million from Tencent Holdings in 2015 that moved the company’s valuation to just over $1 billion.

With users in the millions, Kik hopes that push for mainstream adoptions of the Kin by consumers, possibility making it the most used cryptocurrency around the world, said the company through a prepared statement.

The new funding will inject new capital into a business that has struggled to compete in the messaging world, which has been dominated by Facebook Inc. the tech titan in the majority of places worldwide.

Kik revealed in early 2017 that of the more than 300 million people registered for its app just 15 million continue to use it regularly each month.

The company was criticized for making a space where child exploitation as well as harassment could flourish, due to users being able to participate on its app without having a link to their real identity via a telephone number.

As a well-known and established consumer business, Kik will have the opportunity to bring new shine to ICOs.

One venture capitalist on Wall Street said that Kik was by far the biggest consumer company that has entered the cryptocurrency space and this represents a seminal moment for this industry.