Google Denies it Urged Firing by Think Tank of Critic 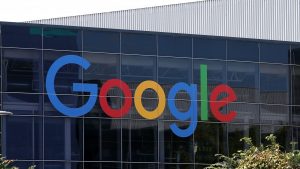 Google has rejected the claims on Wednesday of a critic who said the search engine giant played a role in firing him from a prominent think tank following his open praise of the decision by the European Commission to fine the tech behemoth this past June.

Riva Sciuto a Google spokesperson said that the company did not always agree 100% with every group and while the company sometimes disagrees in a respectful manner, each group’s independence is respected, as well as their personnel decision and their policy perspectives.

The statement by Google came as a response to a New York Times report that said the company complained to liberal think tank New America that is funded by Google, about its antitrust program head Barry Lynn, after he had congratulated the decision by the EC to fine Google $2.7 billion and urged regulators in the U.S. to do the same.

Lynn, during an interview, said that the head of New America, Anne-Marie Slaughter gave up to pressure received from Eric Schmidt the chairman of Alphabet, Inc. the parent company of Google.

Slaughter through a prepared statement said the claim by Lynn was absolutely false. She added that the group had decided it would terminate Lynn following his repeated refusal to adhere to standards set by New America of institutional collegiality and openness.

Spokesperson Sarah Miller for the Open Market group, a newly independent organization said during an interview that the 10-person team of Lynn’s that had been schedule to be spun off from New America was told two days after the statement on the fine levied by the EC to resign over the next two months.

Miller said the group has a great deal of respect for the think tank and what takes place within it, but it was sad that they had been bullied by Google to act, but it ends up being a good illustration of the power that Google wields and perils of a monopoly.

This friction has come during a precarious period for Google. As well as the fine in June, which ended a protracted legal battle, Google on Tuesday said it would be complying with the demands of the EU to change the searches for shopping products that regulators have called anti-competitive.

Authorities in Europe have two ongoing cases that are separate from this one against Google over if it abuses its position in the market with advertising and Android technology.