Nordstrom Opening Store With No Clothes but Serves Beer 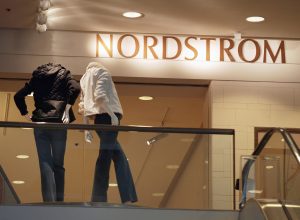 Nordstrom will try out a smaller store. The upscale department store announced on Monday that it would be opening a small store of 3,000 square feet, just a fraction of the size of one of its typical stores of over 140,000 square feet.

The store will be opened in Los Angeles and will not carry clothing merchandise, but rather offer services such as personal stylists and have things to drink such beer and wine.

The department store retailer, which has 121 full service stores as well as a chain of discount stores known as Rack, said this move was nothing more than the reflection of the changing behavior and trends of the consumer.

The store will be known as the Nordstrom Local store and will open October 3.

The senior vice president of Nordstrom for customer experience said in a prepared statement that while the retail landscape is continuing to transform at unprecedented rates, the one thing Nordstrom knows that will remain constant is customers continue to value excellent service, convenience and speed.

Nordstrom is the most recent of the major retailers struggling with dropping sales at brick and mortar stores, and looking into smaller stores for a way to attract more customers. Nordstrom’s comparable sales for its full-serviced stores were down 7% in the first six months of its ongoing fiscal year.

Retailers having the same problems include Target which has focused its efforts on city centers, while Kohl’s and Sears, are both shrinking the sizes of many existing stores.

Amazon.com has opened many bookstores with a much more limited selection than Barnes & Noble, betting that the shopper does not want to be overwhelmed inside the physical store and an online site will fill the gap.

Of course, the new Nordstrom concept does not mean the department store retailer will not continue focusing on its stores, and a fine example is it will open a new store this week in Toronto.

In addition, one store and a very small one, is not going to move the needle at all, but what it will do is show the efforts Nordstrom has of testing services and formats to anticipate the direction shoppers are headed with their habits.

Nordstrom Local will have dressing rooms where shoppers can try clothes and accessories such as shoes, even though the merchandise will be not be stocked there.

Personal stylists will instead collect the goods at nine nearby Nordstrom locations or through Nordstrom.com. Manicures will be offered as well as coffee, juices, wine or beer as the retailer attempts to make the experience full service.