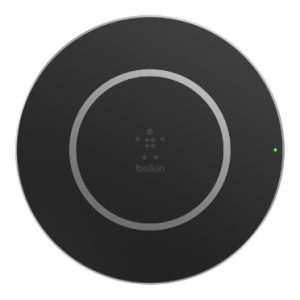 The wireless charging pads for the new Apple iPhones will not be available until 2018, but Mophie and Belkin two big third-party providers said their products that are compatible are on sale already.

As was highly anticipated and expected, the new Apple lineup of phones the iPhone X, iPhone 8, and 8 Plus can be joined with a new charging accessory that is based upon the Qi standard, which is the most popular amongst the three main specifications in the industry.

Apple’s new phones, which were unveiled Tuesday during a special event at the new headquarters for the tech giant, were rumored to have wireless charging, which is a first for the popular iPhone lineup.

A charging pad designed by Apple known as AirPower, will not be available until 2018. It will offer a large area for charging that allows as many as three devices to charge at one time, including the new Apple Watch Series 3 and a new wireless charging case used for AirPods that can power up at the same time.

As the Cupertino, California tech giant was releasing news of its new lineup of devices, Mophie and Belkin made their own announcements about new wireless charging pads that are compatible with iPhones.

These new chargers are small disks that can charge one iPhone X, iPhone 8, or 8 Plus at a time with no other devices.

Belkin said that its new pad was the Boost Up, while Mophie’s is a wireless charging base for the new Apple iPhones. Both the charge pad and charging base can be purchased on Apple.com as well in Apple stores, and on both Mophie’s and Belkin’s website at the price of $59.95.

It is not clear why Apple is releasing its charging pad much later than that of third-party pads that beat the tech giant to store shelves.

The Qi standard will support both inductive wire charging and resonant wireless charging. That allows an enabled device to be as far away as 1.75 inches from the charging pad and still be powered up.

This allows for mobile devices to be placed loosely around the charging pads to be charged instead of needing to be directly placed in one spot to be charged.