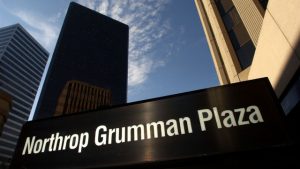 Defense specialist Northrop Grumman Corp has agreed to acquire Orbital ATK Inc. in a deal for $7.8 billion, which bolsters the space and missile businesses of one of the country’s biggest defense contractors.

Shareholders of Orbital will receive cash per share of $134.50, said the two companies on Monday. The price represents a premium of 22% above the closing price of Orbital stock as of Friday.

Northrop is also assuming net debt Orbital holds of $1.4 billion. The deal by Northrop expands its lineup of products in areas like composites, munitions and rocket propulsion.

The announcement comes following another major transaction in the aerospace industry earlier this month United Technologies Corp announced it would acquire Rockwell Collins at the price of $23 billion.

Northrop, which is known for the Global Hawk drone, recently was awarded a contract to build a next generation F35 fighter jet. It is competing with aircraft maker Boeing to develop a new intercontinental ground based ballistic missile system for the U.S. military, a program that is thought to be valued at up to $85 billion.

Orbital stock surged 20% to prior to the opening bell on Monday on Wall Street, while Northrop remained unchanged following the news.

The deal to acquire Orbital will make Northrop a broader company and add to the strength it already has in areas such as the modernization of the ICBM, said an analyst on Wall Street prior to the deal being officially announced.

Orbital, with headquarters in Dulles, Virginia, competes with the Atlas lineup of rockets from United Launch Alliance and the Falcon 9 from SpaceX Exploration Technologies to hoist payloads into space.

The company also has designed propulsion systems for the Minuteman III missiles, giving Northrop greater exposure to the ICBM business.

This deal will be an enabler for Northrop to increase its growth by having more offerings and joining two technology focused cultures and complementary portfolios, CEO Wesley Bush said in a prepared statement.

Northrop expects the deal to add to its earnings during the first complete year following the closing, and to yield annual cost savings before taxes by 2020 of $150 million, a statement by the two companies read.

This transaction should close during the first six months of 2018 and will be subject to all customary conditions for closing that includes approval by Orbital shareholders as well as regulators.