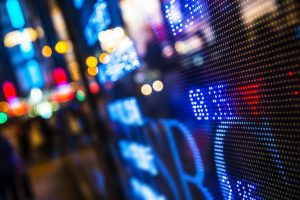 Online gaming is now a huge global business. Literally billions of people play games via the web one way or another. It could be just a casual free game to enjoy on a smartphone, a massive multiplayer roleplaying adventure with millions of participants, or chilling out at your favorite online casino such as Royal Vegas (https://www.royalvegascasino.com/). Either way, there’s no disputing the fact that online gaming is big money and for an entrepreneurial few has provided a means to earning billions of dollars.

For this article, we’re going to check out the three individuals who have earned the most amount of money from the online gaming industry. To qualify each of our top three must be wholly invested in gaming – which rules out massive corporations which have highly diversified portfolios of which online gaming is only one component. Interestingly enough all of our top three have earned their money via the gambling industry, and each has an interesting story to tell.

Although Israeli businessman Sagi has reduced his holdings to 6.9% in top casino gaming company Playtech, there’s no disputing the fact that this is where he has made by far and away the largest proportion of his fortune. After an inauspicious start to life which included a short prison stretch for bond manipulation in the mid-1990’s, he recognized the huge potential of internet gambling and has spent much of his career making shrewd acquisitions to keep Playtech at the forefront of the industry.

Despite owning the most expensive home in Israel, he has been a long-term resident of Cyprus where he has set about diversifying his assets across a variety of markets. These range from real estate (he now owns the iconic Camden Market) as well as advertising, marketing, and financial services.

One of the UK’s most successful businesswomen, Coates owes her fortune to a combination of natural talent for economic projections as well as early work experience with her family’s betting firm. Despite being from a relatively wealthy background, she was determined to make her own money. Taking out a £15m ($20m) loan against the entire portfolio of the family chain of betting shops, she went all-in on predicting the internet would revolutionize the way people gamble online.

Clearly, she was right! Appointed a CBE in 2012 for services to community and business, she continues to oversee the management of the Bet365 empire which remains one of the worlds largest gambling companies. Via the Bet365 foundation, she has to date donated over £100m ($125m) to worthy causes.

Now the wealthiest resident of the Isle of Man, the US-Israeli entrepreneur set up PokerStars alongside father in 2001. Catching the wave of booming poker popularity at just the perfect time, a combination of slick marketing and world record tournaments attracted huge interest from players across the globe. Despite a few bumps along the way – especially when online poker was banned in the USA in 2011 – the company had gained such an international following that it continued to grow and become ever more popular.

Choosing to get out while the going was good, he eventually sold his 75% share in the company to Canadian firm Amaya for a reported $4.9bn in 2014. The bachelor who likes to keep away from the limelight has recently started to focus towards property development with particular investment in a major upmarket development in Madrid.