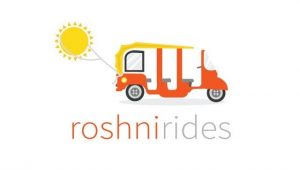 For millions of refugees that live in camps, the ability to rebuild their lives is dependent upon transportation.

Without transportation, families in the refugee camps are not able to reach hospitals, send their children to schools, reach jobs centers, or even shop for their food as well as everyday necessities.

There is now a solution to this problem for some. Roshni Rides is a startup that was launched by four Rutgers Business School students who studied the problem and then created their solution, which is a motorized rickshaw transportation network that is similar to a ride-sharing service.

The rickshaws carry passengers on preset routes that reach important destinations such as schools, markets and hospitals. Passengers pay by using pre-loaded cards that are similar to those in many subway systems throughout the world.

On Saturday, the concept was unveiled during the yearly Hult Prize competition that challenges university students to tackle problems of the world.

Roshni Rides was founded by Gia Farooqi, Hanaa Lakhani, Moneeb Mian and Hasan Usmani, four undergraduate students who won first prize over five other finalists and earned funding of $1 million. The startup was amongst 50,000 entries compared to 25,000 last year.

The pilot program of the startup was in Orangi Town outside the city of Karachi this past summer using three rickshaws.

Farooqi told reporters that the four in the group are Pakistani Americans and Pakistan is the largest host country for refugees across all of Asia, so they figured it was best to start there.

Farooqi said that over 2.5 million refugees are in Orangi Town and last January the four researched the challenges related to transportation faced by refugees who had been relocated to the area.

The four learned that although the rickshaw, three-wheeled taxis are ubiquitous in Pakistan’s large cities, they are not affordable or easily accessible to refugees.

The drivers of rickshaws carry out price gouging and would rather pick up passengers in the city who they consider have the ability to pay more.

The drivers are not efficient said Farooqi, stating that on average a rickshaw driver will pick up one passenger per ride and leave the other three seats empty.

Roshni Rides has estimated that there are over 2 million underutilized rickshaw taxis across Pakistan.

The original idea was for them to use the existing infrastructure for rickshaws and drivers for an inexpensive reliable service for all refugees to use.