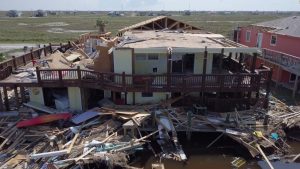 Employment fell in the U.S. during September, marking the first time in the past seven years as two hurricanes displaced many workers on a temporary basis and delayed the hiring of others, which is just added evidence that the two storms undercut the country’s economic activity during the third quarter.

The U.S. Labor Department announced Friday that nonfarm payrolls fell 33,000 jobs during September, amidst a record fall in employment within the hospitality and leisure sector.

The fall in payrolls was just the first since September of 2010. The DOL said that hurricanes Harvey and Irma in the latter part of August and early in September had lowered the estimate for total nonfarm payroll new hiring for September.

Economists forecasted that payrolls for September would increase by 90,000. The government also revised August data to show new jobs growth of 169,000 was created rather than the 156,000 initially reported.

Employers are surveyed and based on that the payrolls are calculated, and treats any U.S. worker who was not paid for any length of time during the pay period where the 12th of the month is included, as unemployed.

Many of the people, who were displaced from their jobs, will likely return, and that along with the cleanup and rebuilding is expected to give job growth a boost over the coming months.

The leisure and hospitality payrolls plunged by 111,000, which was the most since 1939 when records were first kept. That sector had been unchanged in August.

Declines in September were also seen in manufacturing and retail.

The hurricanes did not have much of an impact on the rate of unemployment, which dropped by two-tenths of one percent to 4.2%, which is the lowest rate since February of 2001.

A survey, which is smaller than for jobs, of households from where the unemployment rate is derived, considers a person employed regardless if they missed work during the reference week and did not get paid because of that.

The survey showed that 1.5 million remained at home during September due to bad weather, which was the most since September of 1996. Close to 2.9 million worked only part-time due to the inclement weather.

The average workweek’s length did not change and sits at 34.4 hours. The average hourly earnings were up by 12 cents in September, which is an increase of 0.5% after they rose 0.2% during August.