Netflix Wants to Set the Record Straight on Canadian Content 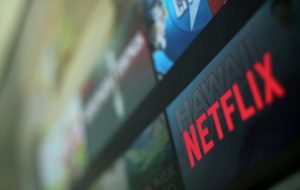 After receiving widespread criticism from important players in cultural industries in Canada, video streaming service Netflix started its own public relations campaign where its goal is to set the record straight over the pledge it made to spend up to $500 million on productions for Canada during the following five years, and most notably that the half million dollars in spending would be in addition to existing plans it has.

The video streaming service and federal government have received a number of attacks due to the fact the business does not pay Canadian sales taxes and will not submit to quotas on its production in Canada.

After remaining mostly silent the past few days, Netflix issued a statement to pushback against attacks that are circulating around the country.

In the statement, Netflix says that since its announcement, there has been a great deal of excitement, questions as well as conspiracy theories over its investment.

The statement continued that the company wanted to set the record straight, through its director of global public policy Corie Wright.

To start, Netflix is arguing in a blog post just posted, that its recent increase for subscribers in Canada was not in any way in relation to the investment in promised in Canada, but was already scheduled.

In addition, Netflix said it did not make an investment in Canada in return for a break on taxes, from the country’s central government.

Wright added that the company did not make a single deal related to taxes. The investment was approved under the country’s Investment Canada Act, with no deal being a part of the approval to launch a new presence in Canada.

Since the investment by Netflix was announced in late September, several critics have said that the government should have attempted to force the company, which is based in the U.S., to play by rules already in place for Canadian broadcasters.

It is unfortunate the government does not hold all distributors and broadcasters to the same set of rules when they work in Canada, said the president of Alliance of Canadian Cinema, Television and Radio Artists David Sparrow. The group represents more than 23,000 people that work in digital, film and television media.

However, other players online have been more positive, with one saying that Ottawa was looking at the future with its Netflix deal and eventually other different digital platforms.