CEO at Airbus Warns Of Fines Due to Probe Over Corruption 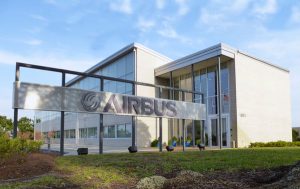 Airbus CEO Tom Enders said again Friday that the group might face substantial fines resulting from the corruption investigations by the UK and France into using middlemen in sales of planes.

Enders during an interview with Le Monde said he could not predict what the outcome of the investigations will be but there is a possibility of being fined a significant amount.

Enders added that everyone knows the investigation’s outcome is weighing heavily on the company but no alternative exists.

France and Britain both pledged to cooperate in the investigations, which began after Airbus in 2016 disclosed anomalies in previous filings on its use of agents.

Airbus is facing a probe in Austria as well over the sale of a 2003 fighter. Enders said to Le Monde that he had not been aware of any investigation being conducted by the Justice Department in the U.S.

Airbus is conducting a separate investigation of its own internally as it hopes it is offered a deal by prosecutors in the UK due to cooperation and sharing its results with UK investigators.

Legal experts have said that any settlement could have a significantly higher cost than the £700 million that Rolls Royce paid in a similar deal earlier in 2017.

In a separate discussion Denis Ranque the chairman at Airbus said the company’s board had been mindful that being found guilty could be costly to Airbus, a major space and defense suppliers, in accessing public markets.

He added that the consequences of that scenario would be heavy and therefore full and complete cooperation is the sole path possible.

People close to the situation said the size of the amounts involved in this probe, spread across dozens of different deals, and increased internal tensions have thus caused board level alarm.

The board gave its full confidence and trust in Enders this week, but two sources close to this matter have said that came only following its own study of the company’s top management.

The board, said Le Monde, appointed lawyers and chairman Ranque declined to confirm or deny that.

The board, said the two sources, had recently hired a pair of head hunters. Enders earlier in 2017 announced that he intended to renew his mandate of three-years from 2016.

Airbus has declined to make any comment related to the actions of his board of directors.