Report: iPhone 8 Being Out Sold by iPhone 7 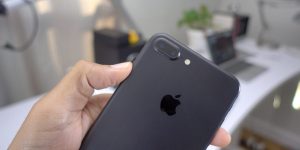 The older Apple iPhone 7 models continue to outsell the just released iPhone 8 prior to the early November debut of iPhone X, the latest generations premium Apple smartphone, said one report by an analyst on Wall Street, citing surveys from stores carrying the products.

Traditionally, the new editions each year of Apple’s iPhones sell quickly as users line up to buy the latest upgrade and the latest surveys appear to indicate that the iPhone 8 does not have the popularity that its predecessors had.

Many of those that responded to the surveys said that a large portion of smartphone customers are purchasing the iPhone 7 rather than the iPhone 8, due to the lack of any significant enhancements found in the latest model released last month.

Apple in September introduced its iPhone 8 and 8 Plus, with both resembling the previous line of iPhone 7, but have a back made of glass so it can be wireless charged.

Feedback from different stores indicates clients are willing to wait for the release next month of the iPhone X or compare it to the new iPhone 8, said one industry analyst who is considered a leader in his field, for accuracy involving the buying or selling of Apple shares.

The much anticipated new handset by Apple the iPhone X, a stainless steel and glass device with a display that runs edge to edge, will begin shipping on November 3. The special iPhone, that celebrates the 10th anniversary of the handset, has a base price of $999, which to date is the most expensive iPhone produced by Apple.

Another possibility for the slow start to sales of the new iPhone 8 might be the very modest promotion by carriers in the U.S.

While carriers are continuing to offer special promotions for the new iPhone 8, they are far more modest this year when compared to previous years including last year with the launch of the iPhone 7.

Surveys were carried out by KeyBanc in the United Kingdom and the United States. Apple did not make any immediate comment after a message was left for them requesting one.

Shares of Apple were higher in early morning trading on Monday.