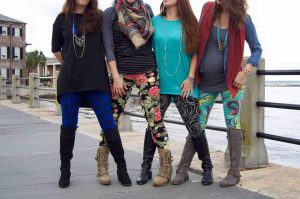 Multilevel marketer LuLaRoe has come under much fire for the business practices it uses and the quality of its women’s leggings. It is now facing a California federal lawsuit.

The company has been accused of being nothing more than an illegal pyramid scheme as well as violating one of the federal racketeering laws that was implemented to target organized crime members.

The lawsuit was filed on October 23 by three residents of California on behalf of all consultants with LuLaRoe. They are the people who sell products marketed by LuLaRoe.

It alleges that there have been violations of state law in California, as well as with RICO the Racketeering Influenced and Corrupt Organizations.

The allegations include that LuLaRoe duped consultants into becoming distributors who were non-employee by falsely claiming they could be earning pay equal to fulltime work for working just part time.

The court document said that once the consultants had signed up, they received pressure to invest then reinvest through purchasing LuLaRoe clothing products even if they were not able to sell the inventory they already had.

The suit said the plaintiffs received numerous slogans such as buy more sell more as well as being told they could recoup their investment through recruitment and retail sales.

A spokesperson for LuLaRoe declined comment when one was requested through a phone call. In under a decade, the company morphed from just a kitchen table idea of DeAnne Stidham the founder to a brand of national exposure, best known for the women’s leggings it sells. Its salesforce is 80,000 strong.

The company, which the husband of Stidham runs, claims it sales’ representatives are able to generate more than $1 billion in annual retail sales, due to savvy social media use.

LuLaRoe, as a MLM or multilevel marketer similar to Mary Kay or Herbalife, has a salesforce that can earn profits through both sales of produces to clients and through the recruitment of new consultants for their team.

MLMs are not pyramid schemes necessarily, but the suit is making its allegations of a pyramid scheme under state law in California, as there is no federal definition for the term.

Some representatives from LuLaRoe have alleged for a long time they have been mistreated by company executives. For instance, prior to joining they must make a purchase of $5,000, which is considered high for MLM industry members.

In addition, they also must take the garments provided by LuLaRoe and face tough competition with retail locations.