Notes Sewn Inside Clothing Being Found by Zara Customers 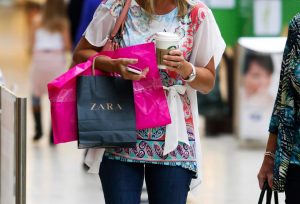 Popular fashion retailer Zara has found controversy again. However, this time it does not involve alt-right skirts, anti-Semitic shirts or the use of thin models in one of its campaigns.

Instead, the retailer, based in Spain, is accused of not paying some employees who are making their merchandise.

The labor dispute was uncovered as shoppers in stores have found notes that were strategically sewn inside clothing they purchased, which read, “I made this product, but I have not been paid for making it,” reported the Associated Press,

The notes, which were found inside the clothing in Zara shops located in Turkey, were placed by the employees from one of the fast fashion retailer’s outsourced manufacturers.

The workers who wrote the notes are thought to be from Istanbul’s Bravo Texstil factory, a third party Zara manufacturer.

Employees there have claimed they have not been paid for wages and severance allowance for the past few months.

Approximately two months ago, a petition was made by some of the Bravo textile workers on Change.org. Bravo also makes clothes for both Next and Mango.

A video accompanied the petition, it shows a former employee at Bravo stating in July of 2016 that the boss of the company disappeared and left behind 155 people without any work and their wages that had been earned previously.

Of that total of employees, 140 signed the Change.org petition.

For years, all of use worked for Zara, Mango and Next, making products for those brands, earning large profits for the companies, said the petitioners.

Therefore, we demand at this time that the brands give to us basic respect by compensating us for our work and we demand nothing more than the basic rights we deserve. The petition added that they were counting on the support of the international community to help support their struggle.

Over one year after the petition was started, a solution has not been found. Upon hearing of the notes being found in clothing, Inditex, which is the owner of Zara as well as seven more brands, said that it was currently working on a new hardship fund that would assist employees impacted by owner of the factory’s disappearance.

The fund, said Inditex, would cover the unpaid wages, unused vacation, severance payments and notice indemnity for workers who were employed during the time of a shutdown in July of 2016.