Uber Ordered by Court to Give Drivers in UK More Rights 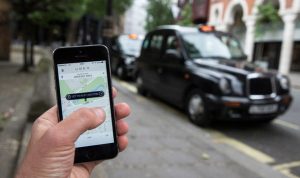 Uber was dealt another setback in Britain when an employment court affirmed on Friday that Uber drivers should be considered workers and not treated as contractors.

The ride-hailing company was seeking to overturn a 2016 court decision that meant Uber drivers in Britain would qualify for receiving minimum wages, paid vacation time and other benefits. It is the most recent of several setbacks for Uber in the UK.

London, one of Uber’s most important markets, did not renew its license two months ago. Uber has continued to operate there while an appeal it filed goes through the court process.

However, the court ruling on Friday could prove much more important over the long haul. Uber, for some time, has argued around the world that drivers it hires are contractors, a classification which typically means less benefits and not as much job security.

The U.S. based company’s position in Britain was contested by a union made up of professional drivers known as GMB. The union praised the court’s ruling, calling it a landmark win, and a vindication for all members.

Uber said it was going to file another appeal, which could take the case all the way to the Supreme Court in Britain.

Nearly all private hire and taxi drivers have been sub-contractors for decades, many years prior to the Uber app ever existing.

Uber said through a prepared statement that the biggest reason drivers use Uber was because of the freedom they have to pick and choose when and where to go.

Employment lawyers in the United Kingdom said this decision could cause huge implications for other businesses that are operating within the newly dubbed gig economy.

A partner with a law firm in London said that the uncertainty that looms over the gig economy undoubtedly has made new companies across the UK more cautious about making their business model based around an ad-hoc, self-employed workforce.

Uber over the past 12 to 18 months has had more than its share of problems from allegations of sexual harassment at its headquarters to its founder and former CEO being ousted and now the worry over having their license renewed in London and worrying about appealing Friday’s court ruling making its workforce in the UK employees and not subcontractors.