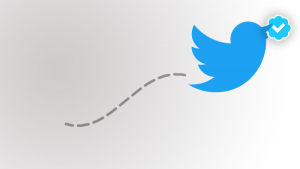 The microblogging social media platform Twitter has stripped many far-right accounts of the “verified badge” following a change to its policy.

Amongst the accounts stripped of their tick is Jason Kessler, who took part in the organization of a far-right march that took place in Charlottesville, Virginia, and Richard Spence, a white supremacist. Tommy Robinson the founder of the English Defense League had his tick removed as well.

Twitter said its badge on accounts was being misinterpreted as an indicator of importance or endorsement, and said the idea behind the badge would change.

The blue badge was introduced first to show the authenticity of profiles considered prominent on the microblogging site.

Originally Twitter chose who it would verify, and that right or status was usually reserved for public officials, journalists and celebrities.

Then during July of last year, Twitter started to open the verifying to a wider group and allowed anyone to apply to receive a verified badge.

A week ago, the popular social network was heavily criticized for allowing Kessler to have a verified badge, and on November 9, stopped Kessler’s profile from having the verified insignia.

It said its intention for the blue badge was not to endorse the views that the user shared.

Twitter said through a statement that it gave visual prominence to verified account on its service, which added to the perception and the issue should have been addressed much earlier but the work was not prioritized like it should have been.

Twitter said it is designing a new verification and authentication program, but for the time being, would remove the verification badges from the accounts whose behavior is not in line with its new guidelines.

Its new guidelines say that verified status is not permanent and could be lost if the person breaks the rules of Twitter or promotes hate on the basis of ethnicity, race, sexual orientation, national origin, gender, gender identity, age, disability, disease or religious affiliations.

It added that the behavior both on as well as off Twitter would also be taken into consideration.

Some users who had verified badges taken off said the updated policy was not being applied consistently and highlighted accounts for disgraced celebrities who did not lose their badge.