OPEC Backing Extension of Nine Months, Russia Not On Board Yet 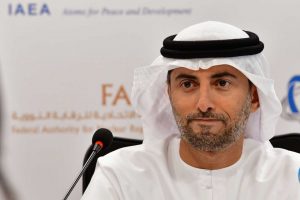 All members of OPEC support the extension of their production cuts in oil through the end of 2018. However, Russia has not yet made that commitment leading up to Thursday’s meeting that will be held in Vienna, said people who are familiar with this situation.

While the Organization of Petroleum Exporting Countries and Russia have written the deal’s outline to continue cuts in production for another nine months beyond the March expiration date of the current accord, Moscow has concerns that supporting prices of oil above $60 per barrel will help shale rivals in the U.S., said those close to the matter.

The situation underscores a dilemma that is faced by the oil producers that forged the historic agreement of curbing output one year ago.

Signs of its success are clear as global fuel stockpiles have been drained and prices of crude are close to highs of two years. Yet oil and energy ministers gathering in Vienna this week do not have much of an idea how shale producers in the U.S. will respond if they keep restraining their output until 2018 year end.

Until just recently, OPEC member Kuwait and Russia had insisted that the decision for an extension be delayed until the early part of 2018, in hopes that the outlook will clear.

The energy minister of the United Arab Emirates said that the market is currently in a far better position today than last year, due to the agreement to cut supply, and we hope for 2018 to include more recovery and correction.

Russia, OPEC and partners have shown an unprecedented unity as well as compliance since the agreement to slash production by 1.8 million barrels per day from the world market.

They agreed readily to prolong the deal in May after the first six months did not eliminate oversupply.

Fuel inventories in the industrialized countries have been sliced in half since January yet remain more than 140 million barrels over the average of the last five years, said the Secretary General of OPEC Mohammad Barkindo on Monday.

Yet Moscow has hesitated over another extension at this time and the duration of it, given the agreement currently in place does not expire until the end of March 2018.

Following days of talks Saudi Arabia and Russia were last week said to have come to an agreement on the framework of an extension for nine more months though both sides continued hammering out details that included linking the size of cuts to the oil market’s health.