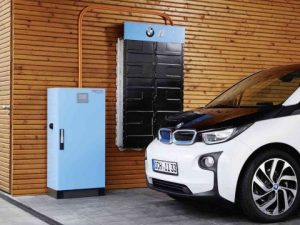 Germany’s BMW is talking with other carmakers across the globe in an attempt to find partners as a way of lowering costs of developing small electric cars, said Peter Schwarzenbauer one of the company’s management board members.

He said the automaker was talking to several OEM or manufacturers around the globe, not just in China about the best way to electrify smaller vehicles, said Schwarzenbauer.

Great Wall Motor, a China-based automaker said in October it was in negotiations about a possible venture to develop and make Mini vehicles in China. Currently BMW does not have Mini vehicles available outside Europe.

Schwarzenbauer did not offer to discuss the situation with Great Wall, saying it was only speculation.

However, he did say that building small electric cars is challenging, not just because of costs, but due to engineering problems of fitting batteries that have a sufficient range into a vehicle that has limited space to do so.

BMW is used to working with rivals to share costs of technology for clean vehicles. The Germany-based automaker currently has a partnership with Toyota Motor in Japan, to develop vehicles with fuel cells.

BMW said it is planning to launch a new electric model of the Mini in 2019. Eventually, the Mini could be transformed to all electric that would aim the line at the urban consumer, said Schwarzenbauer.

Sales of Mini in the U.S. have dropped by 10% over the first 10 months of 2017, as demand for most, smaller vehicles has dropped due to such a strong demand for trucks and SUVs.

However, a spokesperson for BMW said that only in the United States the carmaker was facing such a problem of sales dropping.

Schwarzenbauer added that BMW does not intend to reverse the trend in dropping Mini sales by adding bigger SUVs to its Mini lineup. Instead, he added, the way for Mini going forward in the U.S. was building the brand toward becoming an electric urban mobility company.

In an issue unrelated, the BMW board member said the carmaker intended to offer an autonomous driving car by 2021 at a price below $100,000.

The next iNEXT model, previewed earlier in 2017 by BMW, will be offered to individual buyers, ride services fleets, and used in BMW fleets, said a company spokesperson.

When launched, the iNEXT might not have complete or Level 5 autonomy because the legal and regulatory frameworks for that type of vehicle will likely not be in place.