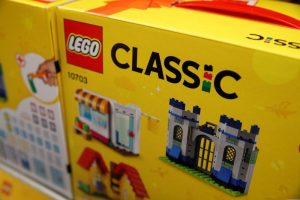 Lego won a landmark case against a pair of companies in China that made and sold toys nearly identical to the LEGO Friends range but using the brand Bela, said the Danish toymaker.

This is the first time Lego succeeded in a copyright case in China, where there has been a recurrent problem of companies copying the toymaker’s colorful figures and bricks. The toy market in China has become huge and is now at $31 billion.

Earlier in 2017, a ruling was passed by the Beijing Higher Court that recognized the logo and name of Lego in Chinese as well-known trademarks, putting the Danish toymaker in a far better position to take action when its trademarks are infringed.

The court this week ruled that some of the Bela products had infringed upon the Lego Group copyright and that making and selling those products was unfair competition.

It was also decided by that court that Lego is protected by the China anti-unfair competition law for its unique and distinctive appearance of specific product lines, and in the case of this lawsuit LEGO Friends.

A key to the revival of growth for Lego is capturing the Chinese children’s imaginations with its plastic bricks, after the unlisted company disappointed on revenue in its core European and U.S. markets that brought to an end a sales boom that was over a decade long.

Lego, whose name comes from “leg godt” in Danish which means play well, is competing against the likes of Mattel Inc. the maker of Barbie and Hasbro the company that makes My Little Pony, for a piece of the pie in the Chinese toy market.

The case had been filed against a pair of Chinese companies that were making as well as selling their products under the Bela brand that had been nearly identical to most of the LEGO Friends toys.

Bela products must now stop being sold the way they are now including packaging and the company’s logos.

The vice president of legal affairs at Lego said that the company thinks it is highly important for continued development of a more favorable business environment for every company that operates in China.

Toymakers are having their ups and downs. Hasbro has seen an increase in its sales, while Barbie maker Mattel has struggled the last two to three years.