HSBC No Longer Under Threat of U.S. Prosecution 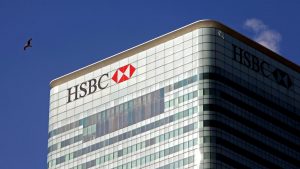 HSBC has had its prosecution threat lifted in the United States over the allegation of money laundering across Mexico.

The bank signed a document known as the deferred prosecution agreement or DPA that is considered a type of probation. The document was signed with the U.S. Justice Department in 2012 to avoid criminal charges for the alleged laundering of hundreds of millions of dollars for the drug barons of Mexico.

The probe by the U.S. said the bank was the conduit for the rogue nations and drug kingpins.

HSBC said that the DPA it signed was now expired. Money laundering is disguising proceeds from crimes so the money cannot be linked back to any wrongdoing.

After the U.S. probe was completed, HSBC admitted to having poor controls established for money laundering and made an apology.

The bank paid authorities in the U.S. more than $1.9 billion in a settlement.

The banking giant based in the UK was alleged to have been handling transaction for other countries under sanctions by the U.S. such as Sudan, Libya and Iran.

Authorities brought the DPA to avoid any prosecution which if it led to an indictment, would have meant the government of the U.S. could not conduct business with the bank any longer.

The agreement included as well an appointment of an independent monitor for compliance who produced assessments annually of the effectiveness of the anti-money laundering of the group and its program for sanctions compliance.

The monitor also has been serving since July of 2013 as the “Skilled Person” at HSBC under direction from the Financial Conduct Authority in the UK. The bank announced that the monitor would stay on at that same capacity for a period, at the discretion of the FCA.

HSBC in a prepared statement said it live up to everyone one of its commitments, and was going to file with the court system in the U.S. seeking complete dismissal of every charge.

CEO Stuart Gulliver told the media that HSBC can fight financial crime far more effectively today due to the significant number of reforms implemented over the past five years.

Gulliver continued by say the bank was committed to doing its part in protecting the global financial system’s integrity, and further improvement to its own contributions and capability toward this partnership.

He ended by saying what the bank established in this area with governments will remain one of its top priorities into 2018 and will beyond.

$4.41 Million in Sales Expected for Blueprint Medicines Corp This Quarter

BlockMesh Trading Up 6.7% Over Last Week