Leadership at Airbus Under Heavy Criticism 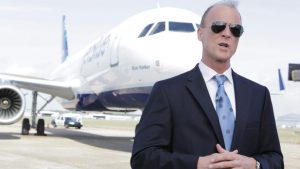 Much speculation swirls around Airbus and the future of its senior management as probes over corruption have shaken the aerospace company and added fuel to the clash of egos between those at that top, said those familiar with this situation.

On Thursday, directors are seeking to limit damage from several international fraud investigations related to military and commercial sales, while trying to come to grips with what might become of a large number of departures, said insiders.

One source said a change of governance was a possibility prior to the end of 2017.

Others however, were more cautious saying that 2018 is the pivotal time for a company that has enjoyed record share prices, but has struggled to keep is sales position versus its biggest rival, U.S.-based Boeing.

Thus far, investors are sanguine over the impact of the ongoing investigations and a loss of momentum in sales, but together with retirements of senior management, there is a growing sense of uncertainty.

One person who has close dealings with Airbus simply said you would not be able recognize Airbus within the next 12 to 18 months.

CEO Tom Enders said he would not remain beyond the current term of his contract that ends in 2019, which reversed a position he took back in April.

Enders appears to be more and more isolated after he lost one of his top aides last week. He is facing a big backlash over reforms in compliance, and said his future was up to the board and him.

On Wednesday, Enders said that the reports of his demise were exaggerated and premature.

In a move reported back in October, the Airbus board appointed headhunters to look at fresh options for the company’s top posts, though Airbus insists it was a normal exercise in planning.

Sources in the industry said that Enders was expected not to work a third term due to a mix of personal reasons and recognition that the board was looking to a fresh start to help ease changes of settling corruption allegations.

The pressing question at the moment, some insiders of the company say, is if Enders will complete his current term and remain through the end of 2018.

Enders, who will be 59 this month, said he was focused only on his 2019 mandate. Recently he won the backing of the board amidst several negative reports in the press.

In turn, that raised more speculation whether his long-time rival inside Airbus and deputy Fabrice Bregier would ride the storm out to fulfill his ambition of succeeding Enders.