Samsung Comes Up Short on Profit 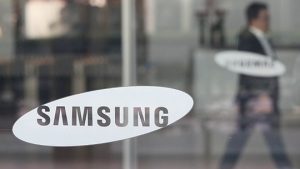 Samsung Electronics Co. came up short of expectations on Wall Street for profit as the surging currency in South Korea and bonuses for the year-end outweighed its display orders from Apple Inc. for its new iPhone X.

The electronics giant posted operating income of just more than 15.1 Trillion won equal to $14.2 billion for its three months ending December, but missed Wall Street expectations by one trillion won. Following the results being posted, shares in Seoul were down.

Samsung will spend more to increase sales of the smartphone and other products as it shares in its benefit of screen orders from Apple and buoyant prices in the semiconductor industry.

That helped push its earnings for the full year to an all-time record high that triggered bonuses to its workers. The 7% jump by the won versus the dollar during the last quarter, to a high of three years has created head winds for the biggest company in South Korea.

A technology analyst in Seoul said that currency impact was inevitable and cannot be offset unless prices are increased but it is understood that contracts with iPhone maker Apple are fixed when it comes to pricing.

Every change of 10 won in the exchange rate has an effect on the operating profit of Samsung by approximately 200 billion won based on a quarter, and the impact during the fourth quarter was approximately 600 billion won, said analysts.

Shares at Samsung fell 3.1% at closing of the trading day. The stock has dropped 12% from its record high during November.

Sales for the fourth quarter ended at 66 trillion won, in comparison to 67.6 trillion expected by analysts. Samsung will not provide net income nor does it break out the divisional performance until its final results are released later in January.

While the electronics giant benefitted from a rally in the chips industry, prices for its benchmark memory chip leveled off, which has limited growth that was powering the company to record high earnings the last two quarters.

Samsung is leading the next generation screens known as organic light-emitting diodes, as it supplies the screens for Apple’s iPhone X even while at the same time the two tech giants compete for dominance in the worldwide smartphone market.

The government of South Korea has warned of the increase in the value of the won and said it would take measures when it has to do with one-sided advances in the currency.