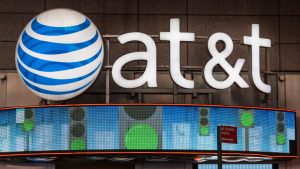 On Wednesday, AT&T posted results for the fourth quarter that beat expectations on Wall Street.

The company announced that it saw strong growth in wireless customers as well as fewer cancellations of subscribers than was projected on Wall Street. AT&T also released strong guidance for its fiscal 2018 year.

AT&T stock was up over 3% in trading after hours as over 5 million share were traded.

Earnings per share for the quarter were 78 cents compared to an estimated 65 cents by analysts. Revenue reached $41.68 billion versus an expected $41.19 billion.

For 2018, the company said it was expecting its adjusted earnings to reach $3.50 a share. Analysts forecast previously that AT&T would post earnings for the full year in 2018 of $3.05 a share.

CEO and Chairman Randall Stephenson said that he expects the tax reform and the regulatory rationalization to result in a positive impact for both AT&T and the economy. The company said it is expecting to have an effective tax rate in 2018 of 23%, and that the rate would likely lead to over $3 billion more in cash.

AT&T in Decembers said it would give bonuses of $1,000 to over 200,000 employees in the U.S. citing the tax reform passage as the reason. The company said as well that it plans to spend another $1 billion in the U.S. after the recent overhaul of taxes.

AT&T is likely to benefit from the recent repeal by the FCC of the regulation for net neutrality, with the new landscape allowing AT&T additional flexibility to control pricing and speed of the content for its subscribers to internet.

However, AT&T said it would not make significant changes to how its delivers its internet services.

$126.47 Million in Sales Expected for Payoneer Global Inc. This Quarter