Dunkin’ Donuts Will End Use of Foam Cups by 2020 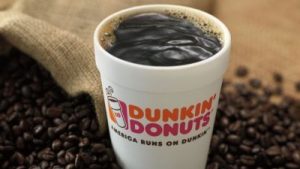 The coffee chain, based in New England, will start the process this spring in California and New York.

Dunkin’ Donuts’ polystyrene foam cups have attracted much controversy as they have been targeted by petitions and created angry fights across social media.

Last month, Facebook Live viewers could watch a video that revealed the next-generation concept store of Dunkin’ in Quincy, Massachusetts, its hometown, and were very vocal about the use of foam cups. The store became the first location that used the new double-walled paper cups.

One user left a comment that said to eliminate the use of Styrofoam cups in every store, while another said that he hoped there would be new cups for coffee because the Styrofoam ones needed to go.

The foam cups are not recyclable and the manufacturing process can potentially be dangerous. Their main ingredient, styrene, is already listed as a possible carcinogen for humans.

However, in New England, the cups have some fans that do not want them to go. An article was published last summer in the Boston Globe that chronicled the war on Facebook that broke out when a woman’s post declared that using Styrofoam cups to hold iced coffee was wasteful. People from New England are notorious for drinking iced coffee in insulated cups and showed how upset they can get with strong comments about the post.

No one has made negative comments against the new cups in Quincy. Thus far, the reaction appears positive, especially when considering the backlash Dunkin’ has taken during the years for using foam cups.

The Chief of communications and sustainability at Dunkin’ said that transitioning away from the use of foam has been a company goal in the U.S., and now with the new double-walled cup, the company can offer customers a replacement that is able to meet all the needs and the expectations of customers and communities.

Having such a large worldwide presence, Dunkin’ hopes it can create an impact that is global on its brand and in general on the coffee industry.

Last month, McDonald’s announced that it was stopping its use of foam cups before the end of 2018, while Starbucks already uses paper cups.